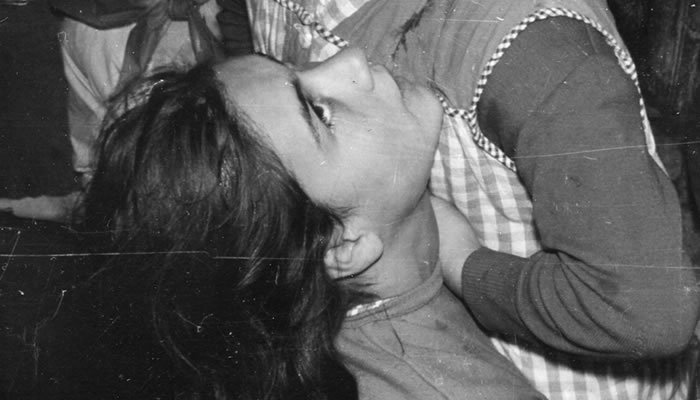 One of the apparitions that impressed me the most was one that took place in the kitchen of Conchita's house. My good friend, Dr. Ortiz was also there (he too can describe countless apparitions) as well as a priest named Fr. José Ramón Vázquez, a seminarian from Reinosa, and several others.

Conchita fell into ecstasy. She offered a few medals to the Virgin to kiss, saying:
-- I can't reach.

We deduced that the Virgin insisted on kissing them, and Conchita repeated:
-- I can't reach; I can't.

Jacinta, who was not in ecstasy, was also there. Conchita said to her friend:
-- You jump, because I can't reach.

Then, someone tried to lift Conchita up with all his strength, but every effort was useless. He could not even move her or lift her feet off the floor. It really seemed as though she weighed a thousand pounds.

Nonetheless, Jacinta went up to her and, with her feeble strength and without help, she managed to lift Conchita up. That puzzled me.

But there is something even more surprising that I will never forget:
I was near the kitchen door. At my right were Dr. Ortiz, the priest from Llanes, Asturias, and others. While in ecstasy, Conchita had fallen on the ground, on her back. All of the sudden, I realized that her entire body was completely separated from the floor.

I wanted to pass my hand between Conchita’s body and the floor, to make sure I was seeing correctly, but I was not able to do so, because it lasted only a few seconds.

Nevertheless, I would like to make it very clear that for me there is no room for doubt, and I believe that I will remember it as long as I live.