"Then I will believe" 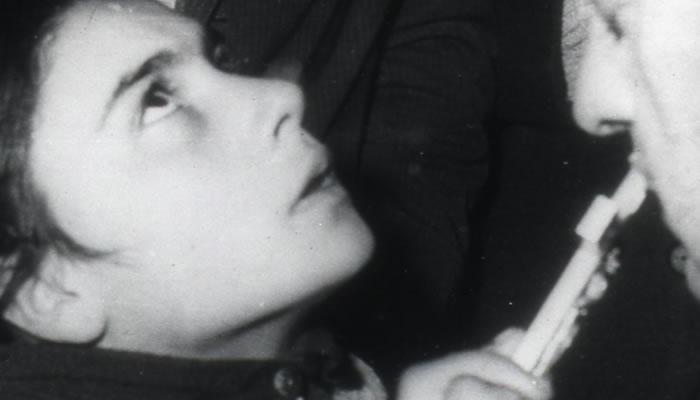 It was the afternoon of October 16, 1961. Among the numerous spectators present that day were two priests from Asturias (Spain), but since they were not wearing their clerical attire nobody realized that they were priests. When Conchita arrived in ecstasy, she held out the crucifix so that the people could kiss it. The two priests, not believing in the apparitions, left the group to see what would happen from the upstairs window of a nearby house. The girl followed them. She climbed the stairs quickly in the typical posture with her head thrown backwards. Everyone was impressed to see with what ease she was able to go up the stairs without seeing where she was going. She offered them the crucifix to kiss but they refused. While still looking upwards she made the sign of the cross over the first but he again refused to kiss the crucifix. The same happened with the second.

Conchita began to go down the stairs but she suddenly turned back and again offered them the crucifix to kiss, and once more they refused to do so.

The bystanders were shocked; they didn’t know that they were priests. One of the priests thought to himself: “My God, if what is happening is really supernatural, let the girl come towards me again and let the ecstasy suddenly end; if so then I will believe.” It happened just as he requested. Conchita came out of the ecstasy and began to walk home, but before having even reached the square, she fell into ecstasy again and began to retrace her steps. This was in answer to another petition made by the priest: “If the reason the girl came to me before was because it had been supernaturally revealed to her that I am a priest, let her demonstrate it to me again, and come and hold out the crucifix once more so I can kiss it, and let her make the sign of the cross over me several times.”

When the ecstasy ended, they gave her a holy card to sign. In the note the girl surprised everyone present when she made a specific reference to their priesthood. There were numerous episodes similar to this one in Garabandal that emphasize the importance and the dignity of the priesthood.