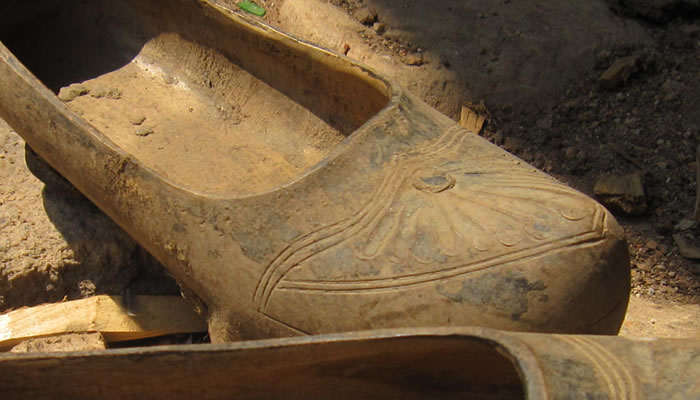 Christmas time during the 60's in Garabandal was a time for celebrating, yes, but celebrating with deep faith. Because of the low economic income, the townspeople could not permit too many "extras" for the Christmas celebrations. The household mothers did try to make sure the food was more abundant than usual, even though it wasn’t very extravagant nor anything really special. In some cases, just opening a can of tripe was something out of the ordinary. Grandparents would sit with their grandchildren and eat chestnuts and hazelnuts, and they would prepare "torrijas," a typical Spanish dessert that was always pleasing to a child's palette.

In general, though, the austerity that was present in their day-to-day life was also present at Christmas. Who knows? If the Child Jesus hadn't been born in Bethlehem he might have chosen to be born in Garabandal. He would have certainly found just as much poverty here as He did in the stable that was blessed by His birth. He also would have found some shepherds, eager to adore him with great and sincere love. Although we should probably say that instead of shepherds, "farmers" would have been the ones to adore Him in Garabandal, where cattle farming was part of the prevalent way of life. The cows belonged to the "tudanca" family, a typical breed in the region, and were grazed mostly for meat.

The most heartwarming part of Christmas in Garabandal was always the veneration of the Child Jesus at the end of Mass. When the priest held out the statue of the Child Jesus for the parishioners to give Him a kiss, a respectful silence filled the whole Church. Women and children squished together in the pews, nobody moved from their places, they all looked towards the choir loft. The choir loft was where the men would usually sit during Mass, and in that moment all that could be heard was the noise of their "albarcas" (clogs) hitting the wood floor. The men were the first to adore the Child Jesus. They descended, all very orderly, with deep reverence; and having taken off their berets, they held them in their hands. It was truly an inspiring sight. After the men, the rest of the faithful kissed their Redeemer’s feet with a heart full of faith and trust. A huge holly tree outside the Church proclaimed the great announcement: "A Savior has been born unto us."