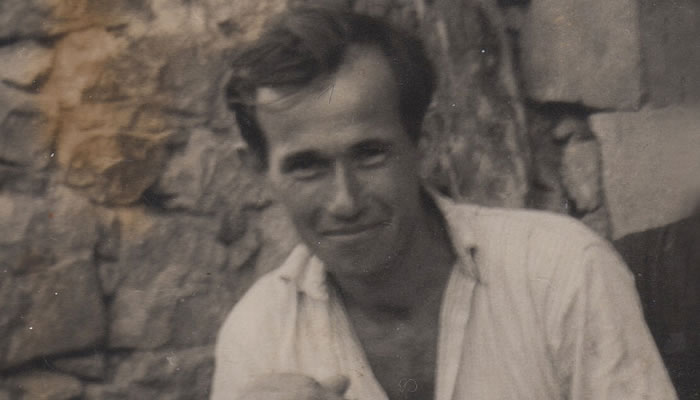 The shelter was a simple two-story building made out of stone. They had the mangers and used to tie up the cows on the ground level. At the entrance of the shelter, where the most light came in, there was an area with a fire that was lit for cooking. Gathered around the fire was where the meals were eaten, and some handcrafted objects were made.

The shelters were constructed by each family on their own lands: fields that were kept to grow grass that would later be used for feeding the cattle. A great deal of grass was needed in order to feed the cattle, up to 30 or 40 cows, throughout a whole year. Since grass doesn't grow in winter, summertime was the moment to cut, dry and bundle up enough grass and store it in the shelters. The first fields to work on were those closest to village; in Garabandal they called it the "harvest." When that work was finished, they headed off to other more distant fields. To walk 4 or 6 or even more kilometers every day to get to the lands where they had to work would be a waste of time, because the work was urgent and it would be too dark to get back home. That's why the easiest thing for the family to do was to move there during the summer months. As the oldest members of the village still remember, "from St. Peter to St. Michael" was the time that they would be in the shelters. When they had finished cutting and collecting the grass from one field, they would move on to the next, and continue to cut and collect until all the grass was gathered together.

If life was tough in the village, it was even more so in the fields. The little comfort they had in the village was left behind when they would take off for the mountain.

So there in the shelter of "Jortigal" was Alberto along with his family. One day Ismael, Alberto's nephew, turned up with an expression of complete shock on his face because of the news of what was happening in the village: “The girls say that they've seen an angel.” Alberto and Manolita were taken aback. Ismael was a good lad, surely he wasn't lying, but at the same time it was hard to believe. His nephew was incapable of going back to the shelter alone that night. He continued to say over and over, “Oh my goodness, that's scary, that's scary.” He said it so often that he was nicknamed, "the scared one".

Of all that happened during the ecstasies, one of the things that caught the attention of the villagers the most was how quickly the girls would run when they were in ecstasy. When they were out of ecstasy, they ran normally like any mountain girls would run, girls that were used to working hard, but they didn't run any faster than all the rest. However, when they were in ecstasy, they ran incredibly fast. They seemed to be taking normal steps, without running in any exaggerated manner. They didn't fly either, because their feet were touching the ground. Whoever tried to follow their pace found it to be impossible; not even the youngest, fittest boys in the whole village were able to keep up with them. When they were finally able to catch up, the girls were as if they'd made no effort whatsoever, while everyone else was sweating and out of breath. If that weren’t enough, as the girls were running, they didn't even look at the ground, which was all stones and mud, uneven and full of things to trip on. Their head was always looking up towards the vision.

Alberto was a young man at the summit of his physical strength. He was famous for being the fastest runner in the village. When the neighbors in the other shelters went down to the village to buy bread, salted sardines, or other non-perishable goods, they came back up talking about how fast the girls would run, and how nobody was able to keep up with them. Alberto found that odd, and one day he said to his wife “Manolita, get my ‘alpargatas’ together; tonight I'm going to run alongside the girls.” Alpargatas are a type of shoe, with a sole made of esparto grass that was typical during the summer in Garabandal. Normally in Garabandal, everyone would use clogs - a rustic wooden shoe that protected from the cold and the mud - but to able to run, the "alpargatas" were the best thing to wear.

That night, the girls had already received two interior calls from the Blessed Virgin. At any moment, they would leave their houses in ecstasy. With his "alpargatas" well tied, Alberto was waiting outside Loli's house ready to get running. When Loli's father, Ceferino, saw him he said, “Make sure your ‘alpargatas’ are well tied because you're going to need them.” Alberto replied very full of himself, “What for?” Ceferino said jokingly, “Because you're going to lose.” “We'll see about that,” replied Alberto.

Their conversation was interrupted by the sound of the girls leaving their houses. Alberto took off running as fast as he could, but he had only reached Rosarito's house (about 20 feet from Ceferino's) when he lost sight of the girl, who was already passing by Avelina’s house on the outskirts of the village, close to the sight where the visible Communion took place.

Since Alberto had an upright and noble heart, he had no problem in recognizing that he had lost. What was very clear to him afterwards was that once the girls had entered into ecstasy their bodies were capable of more than what was normal for the human nature. This didn't happen just once or twice, but during every apparition. As the villagers say, “Miracles? We saw pure miracles every single night.”

Cookies make it easier for us to provide you with our services. With the usage of our services you permit us to use cookies.
Ok