The Best of All Mothers

From the beginning in Garabandal, the tender relationship that girls had with the Virgin Mary was evident. She was and is their Mother and speaks with them as such. She showed her interest in them, asking them questions, and allowing them to speak with her with trust – a filial trust. The visionaries themselves are the ones who shared this experience of Mary’s maternal affection. “She was like a mother that had not seen her daughter in a long time, and the daughter tells her everything. It was all the more so with us, for we had never seen her who is Our Heavenly Mother!” That special and tender Mother put herself on the girls’ same level. She let them touch her crown, she let them hold the Child Jesus, she gave and received kisses, and sometimes even played with them.

“The Virgin Mary laughed and smiled a lot. She doesn’t cause you fear!” – Conchita González 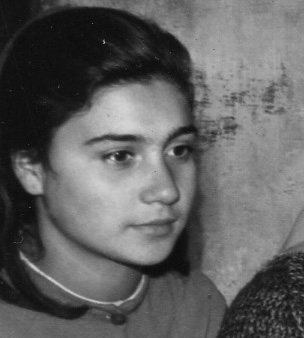 Once a woman from France said to [the girls], “So, she is very good. Good like a mother!” One of the girls exclaimed, “No, much more than a mother! She is so good that, besides being a mother, she is like our best friend because we can say whatever we think. She understands us and helps us. She laughed and even played with us. One day, she let Loli take her crown, so that she could have fun placing it on her head (although Loli was afraid that the stars might burn her). You don’t feel so free and trustful with a mother as with the Holy Virgin. No one confesses their mistakes to their own mother, nor do they reveal their secret defects.”

The spirituality of Garabandal comes from this relationship with Our Lady. The Virgin Mary is a Mother and wants us to treat her as such.

“If you could see how natural and human Our Lady is! Sometimes, she would jokingly imitate our mistakes when speaking, and she would do it so that we would trust in her. But we already did from the first moment.” – Conchita González